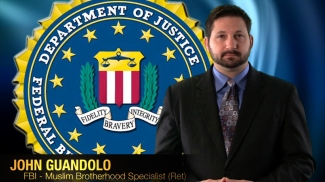 John Guandolo, with Operation Restored Warrior (ORW), hit a personal wall of his own in 2006 after serving his country at senior levels of the FBI and as a Marine.

His experience has guided him as he seeks to help soldiers like himself.

ORW “collected a group of warriors to serve and heal other warriors,” Guandolo explained in this interview with The Daily Caller.

A non-profit that owns a ranch in Colorado, ORW aims to support veterans suffering from PTSD and suicidal tendencies. The program is a five-day retreat that helps them gain a new perspective and new beginning.

In 2009, the program helped Guandolo himself, who graduated from the U.S. Naval Academy in 1989. In this interview, Guandolo spoke of specific examples of men moving through the program, including one wounded warrior who “hadn’t laughed or smiled in two-and-a-half years.

THANKSGIVING PARADE IN PLYMOUTH MA. Watch it at www.pactv.org

SING A LONG at STATE HOUSESSeptember 14, 2014
Join voices across America at their State Houses for 200 year Celebration.

A YEAR of THANKSGIVING for the BICENTENNIAL of the NATIONAL ANTHEM!…

HISTORY BEE, SINGING CONTESTSeptember 10, 2014
Upload yourself singing the anthem. We will pick one young and one old voice from 50 states. 200 Winners sing in DC & Baltimore. Runner up: on State House steps. Compete in a History Bee about the War of 1812-14 & Star Spangled Banner. Compete in handwriting contest. Can you copy Francis Scott Key's beautiful cursive handwriting and copy his original Star Spangled Banner document?

AP MEDIA Welcome, to cover State House events on Sept 14, 2014. SIgn up at bottom of page on contact form. Email us for Media badge and packet.